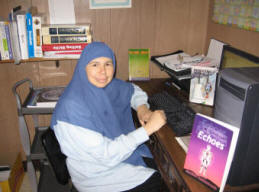 Some of you may recognize the woman in the picture accompanying this post as Sister Jamilah Kolocotronis, author of the Echoes series of Islamic novels. Sadly, Sr. Jamilah passed away on January 12, 2013 after a long battle with cancer and Multiple Chemical Sensitivity (MCS). Sr. Jamilah was a devoted mother to six boys, and, if you visit her old webpage, you will see a picture of her lovely family as well.

Sr. Jamilah was a great author, masha’Allah, and an even better friend. I had the pleasure of getting to know her on a deeper level when I edited her novel Ripples. We had many interesting exchanges about her characters and the scenes in her book. Over the years, she also helped me out whenever I needed to interview a Muslim woman for various freelance articles I was writing. I once shared her novels with a close friend who hungrily devoured them one after another, saying that she wished Sr. Jamilah would write faster so she didn’t have to wait so long to find out what happened next in the Echoes series.

Sr. Jamilah had several unique qualities that I really liked. First of all, she was both gentle and humble and never displayed an ounce of arrogance when it came to her work. She had excellent manners and talked about her family frequently. You could tell that she loved her children immensely and cared deeply about their upbringing. She was an independent thinker who hated oppression and cruelty and always stood up for justice. Above all, she had strong faith and used her literary talent to share it with others. Being ill sometimes slowed her down, but it never stopped her, and this is something I greatly admired.

Sr. Jamilah and I lost touch for a while, until December 2012, when I wrote to her regarding a project I thought she might be interested in. She was supposed to send me some files but never did. I waited, not wanting to bother her. Then I suddenly heard that her illness had escalated to the point that she had been placed under hospice care. I wrote her another e-mail, only to hear the next evening that she had finally returned to Allah. With a heavy heart, I closed the laptop and put my head down as I remembered all the ways in which Sr. Jamilah had touched my life. Mostly, though, I could only think about her family and how they would be affected by this turn of events.

It’s taken me more than a month to write about the unexpected loss of such a dear sister. Please make dua for Sr. Jamilah and her family. May Allah SWT shower her with mercy and make her work a form of sadaqah jariyah.

Did you know Sr. Jamilah?

Share your memories in the comments section.
Posted by precisiontext at 9:17 PM

Your Blog is providing great information and guidance to many of us. May Allah help us to learn the Holy Quran and Sunnah anfd live our lives according to them. Thanks

www.muslimtoysdolls.com a website for women,men and children to is selling all of its Islamic products at fifty percent off.we are also a charity site for Muslims in need the world over.we also make a great homeschooling resource.so why not shop here save fifty percent on your modest clothes and Islamic products and help your brothers and sisters at the same time email tsveah1@gmail.com phone free for USA and Canada 9787885028 feeamani Allah,Sister Debbie Al-Harbi CEO www.muslimtoysdolls.com 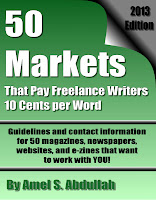 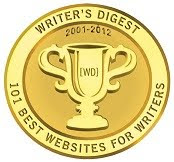